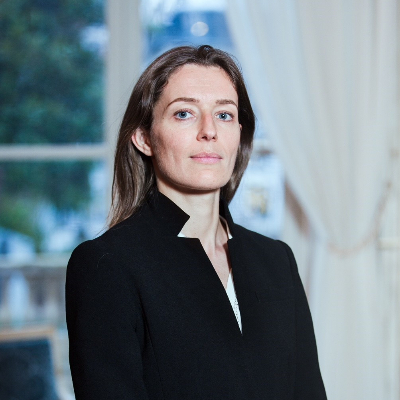 Bénédicte Garbil is Country Director for Edwards Lifesciences in France since December 2017.
She started her career in 2004 as a public affairs consultant specialized in healthcare. After 5 years as a consultant, Bénédicte joined the French trade organization for healthcare products (FEFIS) as General Secretary.
In 2010, Bénédicte became Deputy Director and then public affairs Director at the pharmaceutical company “Laboratoire Français du Fractionnement et des Biotechnologies” (LFB).
In 2013, she joined the Ministry of Industry as head of the healthcare industries and food industry department within the Directorate General for Entreprise (DGE). She pursued her career at the Commissariat-general for Investment (CGI) as Deputy Director for Healthcare and Biotechnology.
Bénédicte graduated from Science Po Lille. She also has a master in Health Law and Management with a major in regulatory affairs (Paris XI School of Pharmacy) and a university degree “pharmaceuticals and medical devices pharmacoeconomy (Paris V School of Pharmacy).